Was bored in the morning so I took some pics. Last night was another hot gig in Nagoya. Small stage and shitloads of lights to keep us warm. During the day we tried to do some shopping but personally I don't want to pay 80e for a normal kids hoodie, so.... Anyway at the moment I'm on the plane from Nagoya to Frankfurt and 5 hours in the lounge before heading to Helsinki for a night at the hotel and tomorrow we'll fly home in the afternoon...at least that's the plan. I'm watching: In Bruge at the moment...so far it's been a really shitty movie so in a few minutes I might give up on it and waste my time with something else. We'll see...drinks and dinner should be served in a moment and then it's time to try and get some sleep. I'm not really a fan of flying but then again who is ? There will be a lot more time spent on aircrafts in a few weeks when we do the South-American Tour ;-P

Later: I've watched: Here comes the Boom, Seven Psychopaths and Trouble with the Curve. Around halfway through the movie Arbitrage I passed out.....we just got served the last meal for this flight so we have a little bit more than one hour left until we reach Frankfurt. At the moment we're over Sweden, how about that ? So our total timeline for the trip home looks a bit like this:

Drive to the airport from the hotel 60min
Nagoya-Frankfurt 12h20min
Hang out at the lounge in Frankfurt around 5h
Frankfurt-Helsinki 2h30min
Hotelnight in Helsinki around 15 hours
Helsinki-Kemi 1,5 hours

So just over 2220 minutes...depending on delays and traffic when we get to Kemi, not bad :-P... I'll get back to you from the lounge if I care at that moment, otherwise it'll be tomorrow at the hotel or next week, who knows. Anyways here's my to do list for today:

Things to do today:
Sit on my ass as much as possible
Order random drinks
Watch movies I never would pick if not made to (jajaja I know I don't have to watch 'em)
Find internet or call friend for latest NHL results
Charge computer

...that's about it....haha OMG I feel so needed today :-D , still waiting for someone to come up with a working consumer version of a Teleport....but as it is now, I wonder who could fill in for me during these travel days, please send in your application and tell me how it would work in real life. 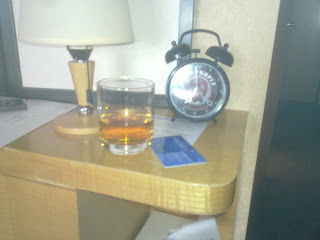 Morning "juice" and the bell of doom....the ying and yang of hotelmornings.... 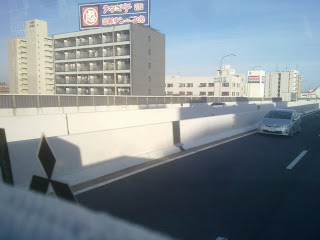 Driving to the airport, well technically being driven :-P 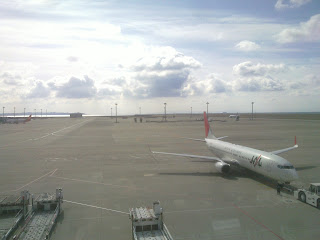 Just about to board the flight...actually this pic is just plain boring... 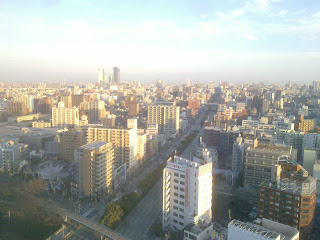 Hotelroomview from the 19th floor 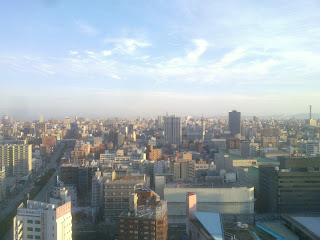 ....and one drink later it looke like this...can you see the difeerence ? Not so much, right ? 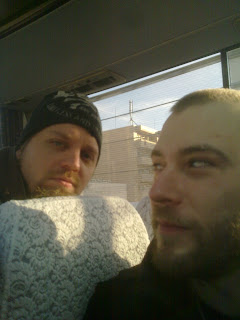 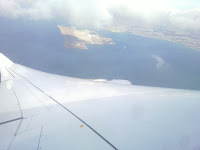 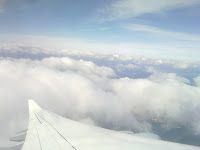 I probably have a million pics from the aircraft window and they all look the same.....