Allrighty then so it's time to start the festival season, and the final 11 shows on the SGHN-World Tour. First up is Hexentanz, which we've never played before. On Thursday we took the evening flight to Helsinki, Beers & Hockey (The NY Rangers clinched a playoff-spot btw) made sure that I was really tired on Friday morning when we left for our flight from Helsinki to Frankfurt. The flight was easy but then the 2 hour drive to the festival was actually a 3+ hour drive and naturally as we arrived on site, there was no hot food and the restaurant at the hotel was closed. Well, nothing else to do than to get some sleep. Tony woke me up just before a short 30min signing session and after that we got some food backstage, despite the rain (which had been going on all day) things seemed a lot brighter now. Then the next obstacle: since we decided to be smart about it, all our gear was sent to the rental company after the UK tour in order to save money on overweights (we have some own stuff with us on festivals and some is rented). Appeareantly they thought we were going to play here tomorrow so we had no gear. The started to bring it here but they're about 4 hours away so let's see what's going to happend.No gear = No show, unless someone would like to watch us dance for 90min. At the moment the word is that the gear should be here any minute, we're supposed to be on stage in 45min but since the festival is running late, that's not gonna happend. Nevertheless I'm still at the hotel (which is about 100m away) and right now I'm gonna get dressed and ready for the show, if there is one. I'll let you know how things turned out.

...Our gear arrived about 1 hour before the show and our crew did their magic. We had to cut a couple of songs in order to make the 23:00 curfew but we got it done. Despite the shitty weather (nothing new at summer festivals btw) and the additional hassles, we enjoyed ourselves. Later on we hung out at the hotel for awhile before getting ready for the drive to the airport, the flight to Helsinki....some dinner and the night-train to Kemi. Next up Istanbul, in a few days.

PS. check out my other band http://silentvoices.net/ we just released some info about our upcoming album and soon we'll add some showdates in Europe as well.

Tony pitched in with a couple of pics, Thanks dude ! 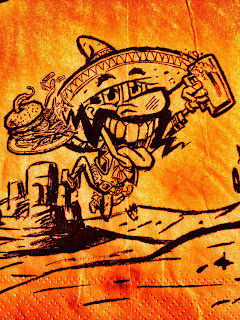 The dinner on our way back in Helsinki was at this establishment, those of you from Finland might
know this logo ;-) 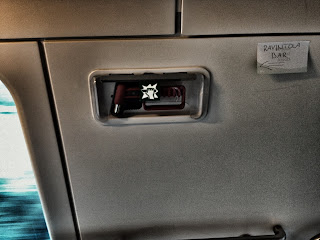